Today I am once again joining Jenny Matlock for her Alphabe-Thursday meme.  We have been working our way through the alphabet since last fall.  This week, we are honoring the letter X.  Please hop over to Jenny's blog and check out all the other X entries.

If you are an American, you would have to be living under a rock in the middle of the desert to not know that we are smack dab in the middle of March Madness.  For those of you who are unfamiliar with this phenomenon,  the NCAA (National Collegiate Athletic Association) holds a tournament to determine the National Champion in basketball.  This tournament is dubbed March Madness because it is held in March.

March Madness is a very big deal and is responsible for much of the non-work-related Internet usage during work hours throughout the US.  Many offices run brackets with the top three prognosticators winning money.  This year, our company is running a bracket with gift cards for prizes. 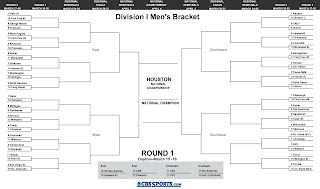 As you know, I am a football fan.  I don't follow basketball nor do I have a great deal of knowledge about the game.  I entered one bracket (for money) some years ago and faired poorly.  This year, however, I decided to enter the free company bracket.

After the first day of play, yours truly was sitting atop the office standings.  I have since dropped to 4th place, but I am still holding my own.

One of my losses was the Xavier v. Marquette game.  I chose Xavier to win....they normally have a good team....they were the Number 6 seed over Marquette's 11th seed....they are an Ohio team. 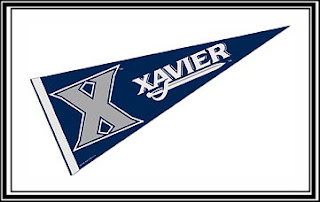 Xavier, you let me down.
MAKE IT A GREAT DAY!


UPDATE: Since writing this post, I have dropped to 31st in the brackets with little hope of rebounding (pun intended) because I had Notre Dame in the finals.  I'm glad I have no money riding on my bracket.
Posted by La at 7:00 AM

Email ThisBlogThis!Share to TwitterShare to FacebookShare to Pinterest
Labels: Alphabe-Thursday