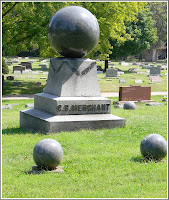 Halloween is the perfect time of year to share the story of Marion Cemetery’s strange phenomenon; one of the monuments moves! I’m not making this up. It was first documented in the 1929 edition of Ripley’s Believe it or Not and is also acknowledged in Ohio Oddities, by Neil Zurcher.
For more than 100 years, this 5,200 pound granite ball has slowly rotated on its pedestal. It’s movement in not detectable by the naked eye. How then, do we know it moves? When the monument was first set in 1896, the bottom of the sphere was not polished. Within two years, this unpolished spot was visible. The family had the stone reset, but again it rotated and the unpolished spot is visible. It moves approximately 2 inches a year. 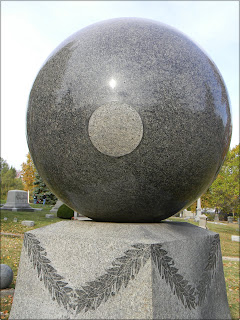 Although there are many speculations, there is no definitive theory as to why the ball moves. It weighs too much for a person to move, and there are no scrapes on the ball indicating a group of people have moved it. 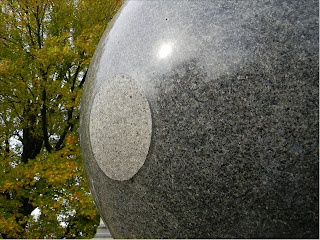 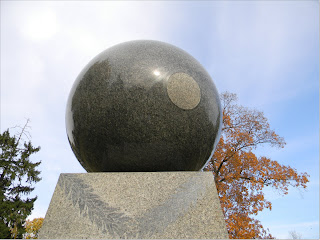 Many believe touching the ball will bring you luck.

What do you think? Is the movement the result of seismic activity, construction defect, or is it haunted? 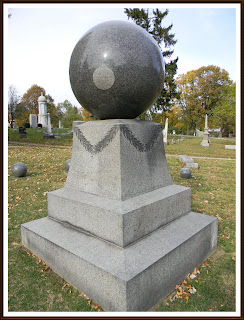 I'm linking to Story Tellers and Outdoor Wednesdays.
Posted by La at 7:00 AM