L is for Lamaze - Labor - and Lucy 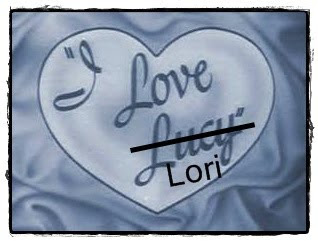 Have you ever seen the I Love Lucy episode where Lucy gives birth to Little Ricky and Ricky, Fred and Ethel all run around in circles when it is time to go to the hospital even though they practiced many times? Add to this scenario that it is three days before Christmas. When I look back at my childbirth experience, 21 years ago this month, some of the situations seem quite comical.

My cousin Melanie was my Lamaze coach. She was already the mother of a beautiful little girl, Chelsea, so she knew how valuable Lamaze was to the birthing experience. We practiced breathing and relaxation techniques regularly with Chelsea on the floor next to us mimicking our every move. We were confident we had everything under control…or did we?

First, my due date was in late January. We would be able to enjoy the Christmas and New Year holidays and still have time to take down the decorations and prepare for my little bundle of joy. No one was expecting me to go early, especially since I had an ultrasound earlier in the week and the technician verified my due date. Around mid-week, I experienced a lot of back pressure but figured it was just false labor pains. Regardless, I called Melanie and put her on notice. Unfortunately, she was down with a stomach virus.

By Friday, Melanie and I were both feeling better. I worked my shift, went shopping for last minute Christmas gifts, and went out to eat with Melanie and Chelsea. After dinner, we went to the bowling alley where the male family members were bowling and the female members were laughing and having fun. Before long, my back started aching again, but this time I noticed a pattern of frequency…hmmm. Within maybe an hour, my water broke. Yep! My water broke at the bowling alley.

When I told my mother I was in labor, her response was…I’m not ready. I informed her she better get ready pretty quickly because the baby was in charge of this holiday party.

Once home, Melanie and I started timing contractions, breathing, and wrapping gifts (It was three days before Christmas after all). Every time I had a contraction, my mother would get tense and nervous. I don’t think she liked witnessing her little girl enduring labor pains, but do you know how hard it is to relax when someone is noticeably tense.

Several hours later, it was time to go to the hospital. As we set out for the hospital in the middle of the night, we experienced freezing cold; high winds, which caused a very bitter wind chill factor; and tons of snow on the ground. We set off in my younger brother’s coupe because it was already warm. Melanie helped my mother into the backseat behind the driver. My dad took the wheel as Melanie ran around the car and helped me into the front passenger seat. Hmm…problem…Melanie still wasn’t in the car. There was only one way in….she squueeeezed in between the front seat I was in and the door frame. A similar scene unfolded at the hospital.

Wouldn’t you think a labor and delivery nurse would be …oh I don’t know …tactful. Not my nurse. Noooo. The first thing out of her mouth was, Boy, you gotta a big one in there! Seriously? You’re going to tell a first time mother something like that? Where’s the nearest exit?

Poor Melanie; she was sick all night with me in labor and delivery while suffering from a return bout of a stomach virus. She ended up going to the doctor with me for Jordan’s first doctor’s visit a week later. Turns out the stomach virus that was plaguing her wasn’t a stomach virus at all; it was morning sickness. Nine months later Landry was born.

Email ThisBlogThis!Share to TwitterShare to FacebookShare to Pinterest
Labels: about me, Alphabe-Thursday, humor, Jordan