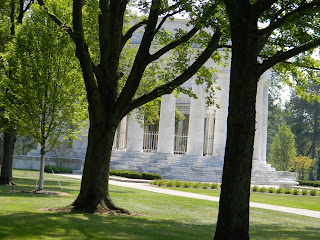 Marion's claim-to-fame is that it was home to the 29th President of the United States, Warren G. Harding. Arguably one of the most scandalous presidencies in our country's history, his presidency was plagued with controversy involving bootlegging, bribery, and extra-marital affairs.

Even his sudden death was shrouded in mystery. Some theorized his death was the result of a plot spearheaded by the first lady. These theories were, in part, due to her refusal to authorize an autopsy. Years later this theory was discredited.

Still, we Marionites celebrate our President. Harding High School was named for this plagued president. The Harding Memorial and Tomb is a beautiful and popular tourist attraction in Marion. It serves as a marble back drop for pre-prom pictures, weddings, and sledding in the winter time. I'd love to share some views with you. 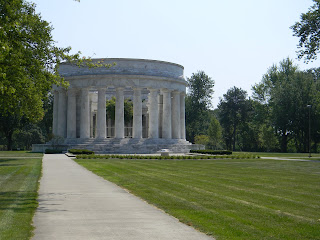 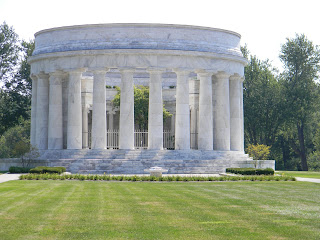 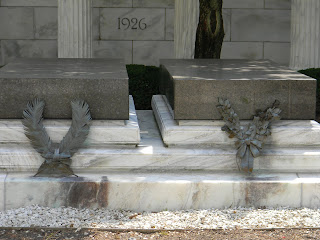 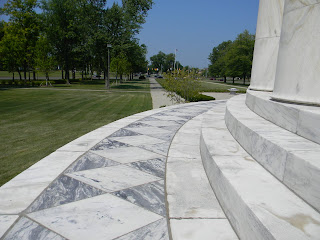 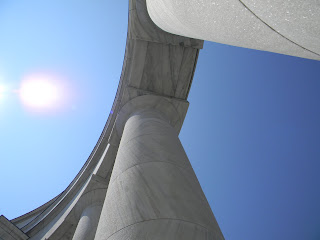 I will be linking to Outdoor Wednesdays.
Posted by La at 7:00 AM